The history and context of Tapasā

The history and context of Tapasā

Pacific parents, families, and communities highly value education, and choose to migrate to Aotearoa New Zealand to educate their children and communities and enable them to reach their full potential.

Pacific parents, families, and communities highly value education, and choose to migrate to Aotearoa New Zealand to educate their children and communities and enable them to reach their full potential. Migrants to Aotearoa New Zealand bring diverse beliefs, values, and world views that include concepts relating to language, faith, spirituality, child-rearing practices, kinship roles, obligations, codes of behaviour, respect, parental aspirations for their children and so on. It is imperative that these life approaches are acknowledged, valued, honoured, and respected throughout Aotearoa New Zealand society. The education sector meets this obligation by laying out requirements for cultural responsiveness in a range of governance, management, leadership, and curriculum documents alongside teaching standards and codes of practice.

From a bicultural foundation, Te Whāriki: He whāriki: mātauranga mō ngā mokopuna o Aotearoa, 2017 early childhood curriculum supports the identities, languages, and cultures of all children, affirms and celebrates cultural differences, and aims to help children gain a positive awareness of their own and other cultures. 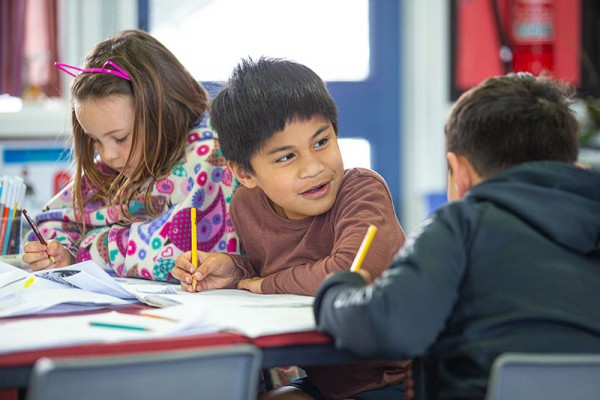 In the early 1980s, Pacific migrants began their journey to retain and pass on their identities, languages, and cultural values by establishing Pacific Early Childhood service language nests. These language nests formed the basis of Pacific early childhood education in Aotearoa New Zealand.

The Pacific population in Aotearoa New Zealand is a dynamic and diverse community made up of over sixteen distinct ethnicities, languages, and cultures. These population numbers are growing, and data shows that in 2018 there were 143,980 Pacific children and young people in the age range for access to early childhood education and schooling. Some estimates indicate that Pacific learners will make up approximately 20% of learners in Aotearoa New Zealand by 2050.

Historically, evidence consistently identified that Pacific students in Aotearoa New Zealand were underachieving in their educational outcomes. The first strategy for lifting the achievement of Pasifika learners began in 1996, through a process that created a Pasifika framework. In 2001, government strategies and policies emerged to support the Pasifika Education Plan (PEP) for Pasifika alongside the Māori education strategy of Ka Hikitia – Managing for success: The Māori education strategy 2008–2012.

After further consultation and in recognition of outcomes from the PEP, the Ministry of Education commissioned work to develop a Pasifika Competency Framework that has evolved into Tapasā.

Significantly, the recently released Action Plan for Pacific Education 2030 vision seeks to ensure that the education sector will implement key system shifts to enable Pacific learners, their families, and communities to achieve their educational aspirations.

Search result for ' ' returned   results. Did you want to Search all of TKI?